You are here: Home > Knowledge Centre

Betting The Company: BOMBARDIER Goes All-In on C Series Jets and Blows Up Its Balance Sheet

The CIC Knowledge Centre is for
Credit Professionals

Get started for free

I have reached the limit of my subscription. What now?

A brief analysis of Bombardier's woes and what we can learn from a company undertaking a massive project, consuming working capital, and ultimately destroying its balance sheet.

Discussion topics will include: 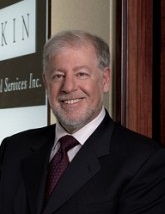 Following his early career as a lawyer and banker, David founded Baskin Financial Services Inc. in 1992. The firm, now operating as Baskin Wealth Management, has grown from assets under management of $25 million in 2000 to over $800 million today. Baskin Wealth invests in companies based on fundamental analysis of financial statements and business plans. David appears frequently on national television and radio as a commentator on the markets and is frequently quoted in the press.