Role of the Office of the Superintendent of Bankruptcy (OSB) 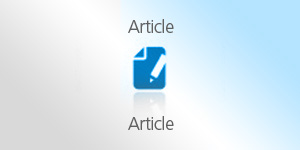 A summary of basic concepts follows below; however, if you require more detailed information, please consult the OSB website.  (The information in this section comes from that site.)

This is the home page of the OSB site and contains links to the sections referred to below.

It's important to note that when a person or company is facing a financial crisis, bankruptcy is just one possible outcome. There are other alternatives to bankruptcy.

Under the Bankruptcy and Insolvency Act, there are three main options:

Bankruptcy is a legal process carried out through a trustee in bankruptcy designed to relieve honest but unfortunate debtors of their debt burden. When individuals are in bankruptcy, creditors cannot initiate any collection actions against them.

At the end of the process, a first-time individual bankrupt is usually discharged from debts after nine months.

A consumer proposal can be submitted to creditors only if an individual's total debt does not exceed $250 000, not including debts secured by their principal residence.

A consumer proposal is a formal process that is carried out through a trustee in bankruptcy. The trustee puts together an offer to pay creditors a percentage of what is owed to them over a specific period of time, or extend the time the debtor has to pay off the debt, or a combination of both. Payments are made through the trustee, and the trustee uses that money to pay each of the creditors. The debt must be paid off within five years.

Also known as a "commercial proposal," this is a formal procedure available to businesses or  individuals — there is no limit with respect to how much money is owed. This process is carried out through a trustee in bankruptcy who will put together an offer to pay creditors a percentage of what is owed to them over a specific period of time, extend the time the debtor has to pay off the debt or a combination of both. Payments are made through the trustee, and the trustee uses that money to pay each of the creditors.

The trustee's primary duties are to

Both the debtor and bankrupt's primary duties are to

In addition, the bankrupt's must

At the end of the process, the bankrupt is released from his or her obligation to repay the debts.

Under the Bankruptcy and Insolvency Act, some debts are not discharged by bankruptcy. These include

Important: To participate in insolvency proceedings and share in the distribution of dividends, if any, creditors with unsecured claims must file a Proof of Claim with the trustee.

There are three main types of creditors:

Creditors can become fully involved in the process by participating in meetings of creditors or by being named an inspector. (Inspectors are appointed by creditors to represent them before the trustee during the administration of proposals and bankruptcies. They are expected to assist the trustee and are required to supervise certain aspects of the trustee's administration.) Creditors are duty bound to inform the trustee if they have information about possible irregularities on the part of the debtor.

Creditors will be provided with, among others, the following two documents:

Role of the Office of the Superintendent  of Bankruptcy (OSB)

The Office of the Superintendent of Bankruptcy (OSB) is part of Industry Canada.

Their role is to ensure public confidence in the market place by protecting the integrity of the bankruptcy and insolvency system.

The OSB licenses and regulates trustees, the people who administer bankruptcies and insolvencies, and ensure they comply with all aspects of the Bankruptcy and Insolvency Act.

The OSB helps ensure that bankruptcies and insolvencies are conducted in a fair and orderly manner. The Office:

Their website provides information and updates including bankruptcy statistics and a Bankruptcy and Insolvency database.  You can gain access to the database by starting your search on the OSB home page listed above.

This section of the OSB website provides information of special interest to creditors on what steps they can take when dealing with the bankruptcies and insolvencies of their customers.